Two SFRS officers to trek across Greenland for charity 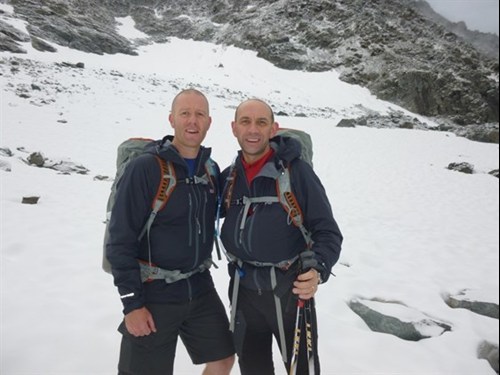 Two high ranking senior officers from Scotland’s fire service will take on a massive trek all in the name of charity.

Deputy Assistant Chief Officers David Farries and Peter Heath will soon travel to Kangerlussuaq, Greenland and will take on the Arctic Circle Trail trail that only 200-300 people take per year.

The pair will walk across all types of terrain as they carry nearly 20kg of essential equipment on the 99.5-mile trek.

But, both officers also have an added 10-mile hike just to get to the start line!

David and Peter will start the journey on Monday, September 2nd and expect to finish six days later.

“But this trip will be quite different to places like the Alps and the Pyrenees where we’ve been before as it’s more remote, less mountainous and we’ll be carrying so much weight.

“We’re used to carrying about 12 to 14kg on our backs but as there is nowhere on the trail to stop and restock we need to carry around 5-6kg of food.”

It’s only 1 week to go until @sfrs_fst #Steptember and we leave for Greenland to do the Arctic Circle Trail. A day of preparations and decisions on the right kit in anticipation of slightly different conditions to Scotland’s today! Please donate if you can https://t.co/Ao9iIKKenD pic.twitter.com/LYv0rLTKQZ

The duo will travel an average of  30km per day before getting a flight back to the start line on Monday, September 9th.

The trek can only be completed during a two and a half month window due to weather conditions and the two officers are expecting only a few hours darkness per day.

DACO Farries who is in charge of 165 fire stations across the north of Scotland added: “We’re going to have to be very disciplined with our stops, it would be easy for us to just keep going as it’s still light.

“In reality, there isn’t much point in rushing through it considering we’ve got a flight booked for the other end but we have to build in some contingency for bad weather or other factors!

“We’re both really looking forward to seeing some of the wildlife such as Muskox on the trip and there are other things – namely polar bears – we really hope we don’t see.”

The pair are raising money for the Scottish Fire and Rescue Service’s Family Support Trust as part of a #StepTember campaign which challenges members to complete 26, 50, 100 miles throughout September. 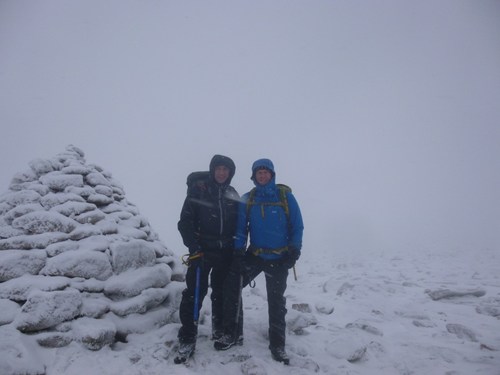 Across the month those participating to raise funds can complete the miles in a range of different ways such as walking, running or cycling - proceeds will go to the charity which exists to provide financial and other support services to serving and retired Scottish Fire Service personnel and their families.

When asked how the idea of travelling to Greenland came around David admitted not recalling exactly who came up with the idea but joked “If it turns out to be a good idea it was me”.

To donate to both David and Peter’s efforts visit: https://uk.virginmoneygiving.com/fundraiser-display/showROFundraiserPage?userUrl=DavidFarries1&pageUrl=1