One firefighter, his bike and a 24hr charity epic 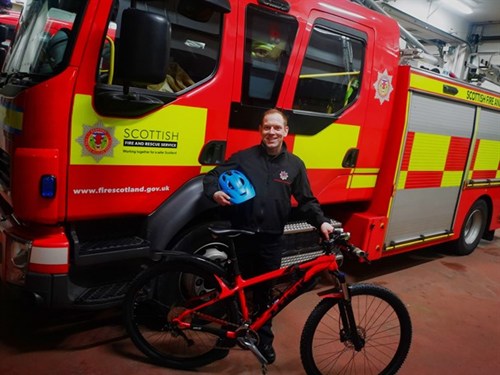 A retained firefighter is geared up to take on a  24-hour mountain bike charity epic.

Richard Bowman, who is based at Inverness Fire Station, will cycle laps of a gruelling 12.5km circuit near Strathpeffer in the Highlands to raise funds for the Fire Fighters Charity. 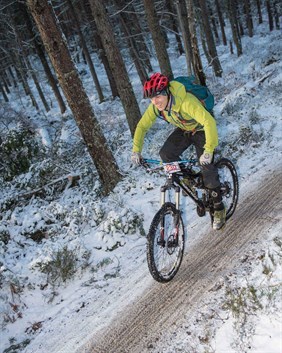 The 31-year-old spent time at a specialist Fire Fighters Charity rehabilitation facility in Penrith, Cumbria last year after rupturing his anterior cruciate ligament – and now he wants to give something back.

“The staff really helped me through the highs and lows, and kept me motivated to get back to 110 per cent,” explained Richard, who works as an outdoor guide.

“It’s a charity that really supported me and my family during a difficult time.

“I can’t thank the charity, and staff, enough – and hope that the funds raised will go towards supporting other firefighters and their families.”

In preparation for the gruelling fundraiser, Richard has cycled from Inverness to his former station ground in Fort William – where he first joined as a retained firefighter six years ago.

“I’m usually more of a technical cycler, so I’m not used to this kind of endurance,” Richard added.

“I’ve had to focus my training around cycling longer distances, it’s effectively like being a 100m sprinter and running a marathon.

“I hope to get at least 20 laps round the track – but I just need to get on my bike and not think about it.

“A slow lap is better than no lap at all!”

The Strathpuffer 24hr event will take place on Saturday, January 19.

Richard is fundraising for the Fire Fighters Charity at: https://www.justgiving.com/fundraising/Rich-BowmanUK