In 2010 we worked in conjunction with Impact Arts and pupils from St Patrick's and Anderston primary schools to produce the Cheapside Street memorial mosaic.

The children developed ideas which were then developed into the design by Impact Arts' Lead Artist James Gow, to create a lasting memorial to commemorate the disaster. 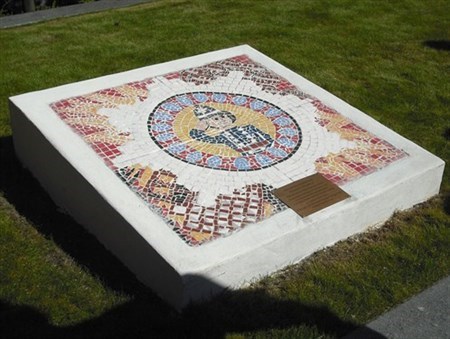 Young people from the Challenge Us team at Impact Arts, Creative Pathways Programme were then commissioned to take the design and develop this into the finished memorial.

At the creative workshops, the children looked at various aspects of the fire brigade creating drawings, collages, posters and 3d models. 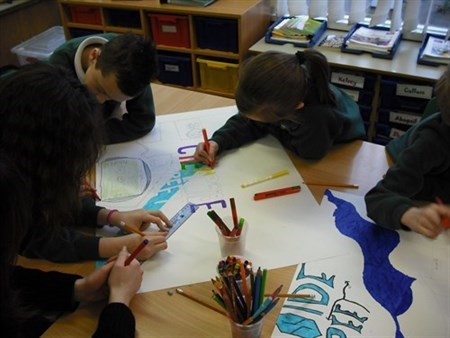 The mosaic design was a culmination of ideas created by children at the creative workshops.

Some of the ideas developed included a fighter saluting his lost comrades and 19 tears to symbolise the 19 fire fighters who lost their lives at the disaster. Buildings and barrels on fire were a common theme in the children's work, as was the fire taking place at night and water being pumped from the River Clyde to fight the fire. The children used the Strathclyde Fire Brigade badge and elements of this throughout their work and this became the central focus of the final design.