At the North British Railway Company, an explosion occurred resulting in the death from injuries of Fireman William Rae of the Glasgow Fire Brigade. 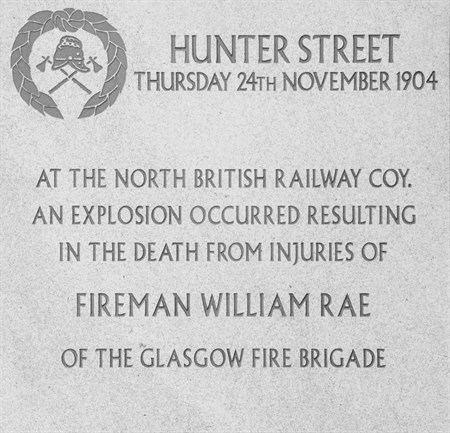 By the early 1900s, the Glasgow Fire Brigade had started to become motorised. Glasgow's street fire alarm system (since 1875) was the first in Britain.

Central Fire Station comprised a fire station, drill yard, workshops, gymnasium, admin office and rent free accommodation including the Firemaster's house, single men's billets and houses for families - all with laundry facilities and hot water for one shilling a week. There were even playground facilities for children of the station.