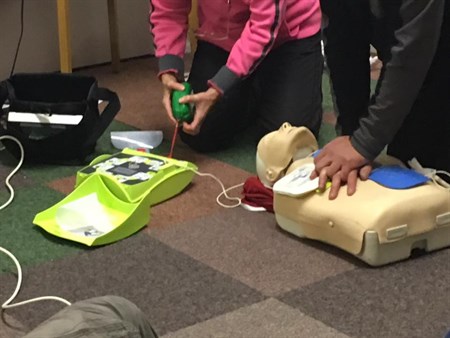 After being purchased SFRS personnel will provide support in the form of CPR input and defibrillator awareness training to anyone in the community.

The first PAD and cabinet have already been bought thanks to their fundraising efforts and has been installed on New Deer's public hall.

Station Manager Chay Ewing said: "A well-received training evening took place at the end of October, with a further awareness evening due to take place soon.

"Fundraising has now started for a second PAD which will be located at the resource centre in Maud. A third PAD for the village of Fetterangus is also in the pipe line, with discussions on guardianship at an early stage."

He added: "Social media and a just giving page are being used to good effect, with donations coming from local individuals, groups, organisations and schools as well as a charity car wash."

The group has a Just Giving page where people can make donations - https://crowdfunding.justgiving.com/maud-firestation?utm_id=61