He received the overall award at the ceremony for The Outstanding Contribution to the Fire and Rescue Service. 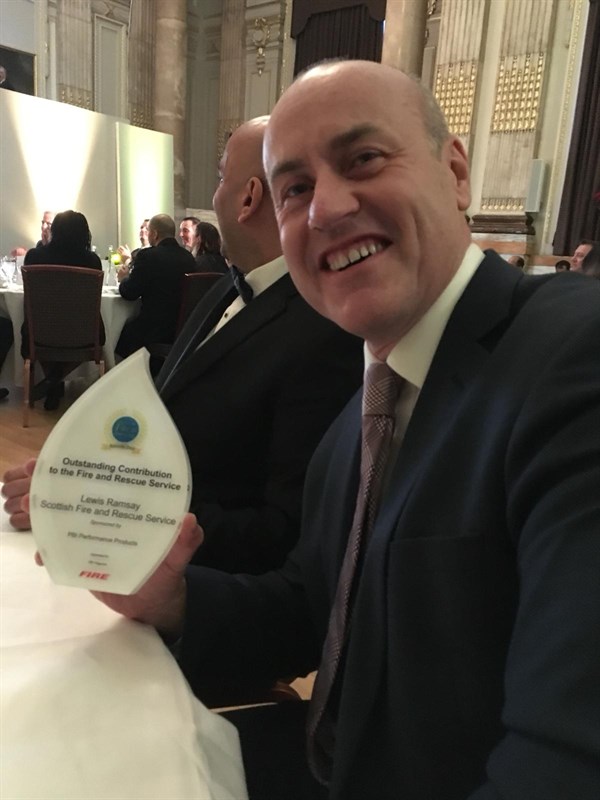 The commitment of Assistant Chief Officer Lewis Ramsay was acknowledged at the Excellence in Fire and Emergency Awards 2018 in London on Friday, December 7.

The annual awards bring together Chief Fire Officers, their teams, industry supporters, suppliers and front line firefighters to celebrate the work of brigades, teams and individuals who have made a difference.

He received the overall award at the ceremony for The Outstanding Contribution to the Fire and Rescue Service.

Speaking afterwards, ACO Ramsay said: "I was surprised and delighted to receive this award in recognition of my service.

"My family and friends were very proud - and I was overwhelmed by their messages of congratulations.”

The ACO, who is married to wife Leigh and has two grown up children, joined the legacy Strathclyde Fire Brigade in 1989.

He served as a firefighter, then as a junior officer before being promoted to senior officer where he carried out operational roles associated with Health and Safety, Training, Operations and Personnel. 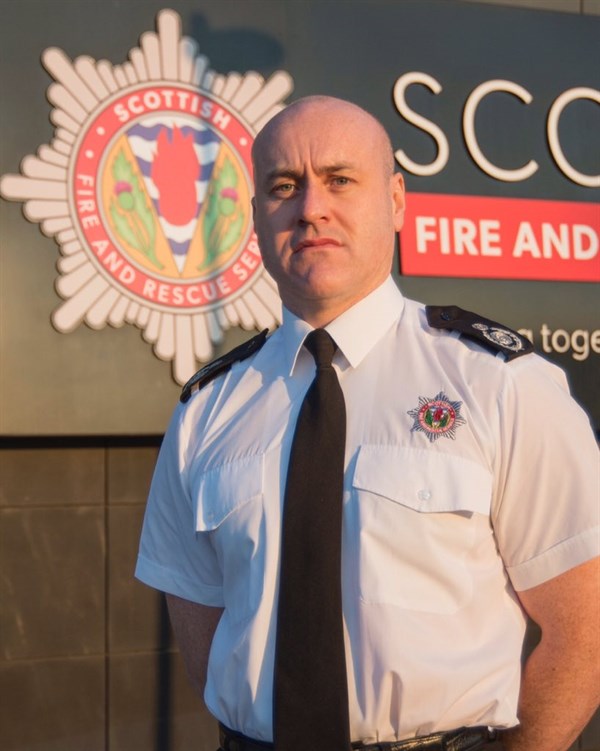 He also received in 2013 a recognition for his service to the fire sector.

His current role is now Director of Response and Resilience.

Kirsty Darwent is Chair of the Scottish Fire and Rescue Service Board.

She said:  “I am very pleased that Lewis’ outstanding contribution to UK fire and rescue services has been recognised by this award - he is committed to serving the communities of Scotland on behalf of our national Service.”