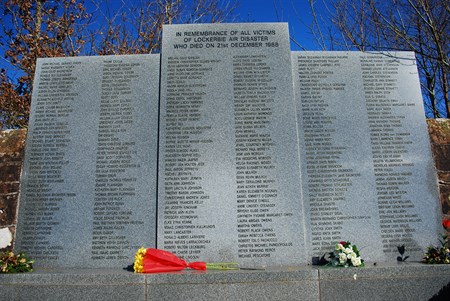 The Scottish Fire and Rescue Service will today take part in a memorial service in Lockerbie to mark the 30th anniversary of the air disaster that killed 270 people.

Pan Am flight 103 was en route from London to New York when it exploded over the Dumfries and Galloway town on December 21, 1988. All 259 people on board died, and a further 11 people were killed on the ground.

Hamish McGhie, the Scottish Fire and Rescue Service's Local Senior Officer for Dumfries and Galloway, will be among those in attendance at a wreath laying ceremony at Lockerbie’s Dryfesdale Cemetery this afternoon.

The community-led memorial will also be attended by family and friends of the victims of the air disaster.

LSO McGhie said: “The Lockerbie air disaster was a profound and shocking tragedy, and its devastating legacy is still felt today, both here in Lockerbie, and all across the world.

"As we prepare to mark this 30-year anniversary, we must not forget the pain that friends and families of those who died have endured.

“Our thoughts firmly remain with the 270 people who lost their lives, their loved ones, and all those touched by this atrocity.”