Firefighter injured after Crew comes under attack in Glasgow

ACO Ramsay has stressed that such behaviour will not be tolerated. 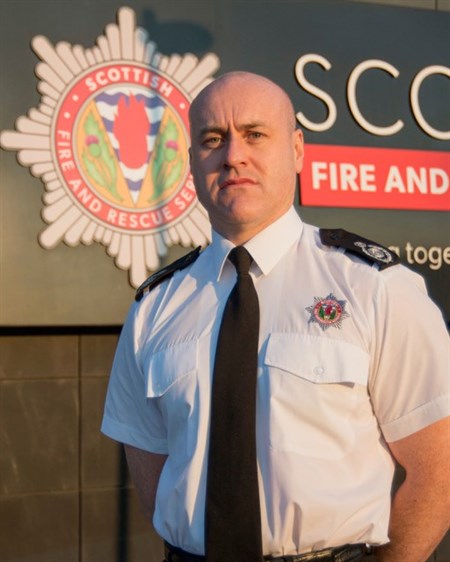 The Scottish Fire And Rescue Service was alerted at 9.10pm on Saturday, January 6 to reports of a bin on fire out in the open.

Operations Control immediately mobilised one fire appliance to Lenzie Terrace, Glasgow, where firefighters extinguished the fire but then came under attack at around 9.20pm.

The crew withdrew from the scene after a firefighter suffered minor injuries.

The firefighter was transported to Glasgow’s Royal Infirmary Hospital for treatment and later released.

A separate crew of firefighters was then called to the same area at 9.55pm to reports of a second bin fire.

On this occasion, firefighters working alongside Police Scotland partners extinguished the fire without incident.

He said: “Our firefighters' main purpose is to save lives. You can be rest assured that they will always be there and standing on the front line to help at times of emergency.

“These firefighters are your father, mother, brother or sister – someone’s family. It is beggars belief when I hear that they have either been physically assaulted or verbally abused when trying to assist their communities.

“Attacks on emergency responders are completely unacceptable and I am sure the public would be outraged by incidents where their firefighters have been targeted.

“This type of behaviour not only prevents our crews from bringing any emergency to a safe and swift conclusion but it can impact on our emergency service colleagues including the police when they have to escort us at the scene.

“But be left in absolutely no doubt that it is often down to a very small minority of individuals within those communities.

“I would like to take this opportunity to stress once again that this will not be tolerated because our firefighters absolutely do not deserve to be met with such behaviour.”