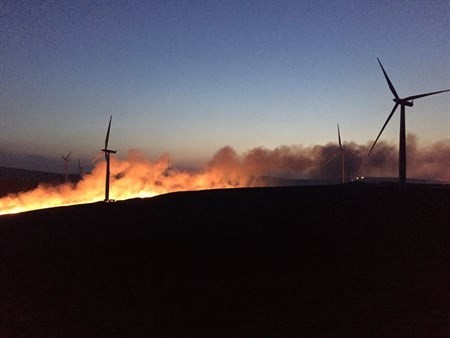 Firefighters currently remain in attendance at a large wildfire in Moray tonight.

At its height around 80 firefighters, two helicopters, 19 appliances and multiple specialist resources were in attendance.

Crews were mobilised at 2.58pm on Monday, April 22 to reports of grass and gorse on fire near Aberlour, Moray. 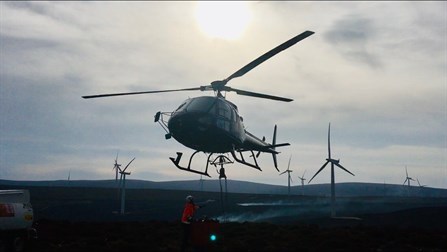 Area Manager Bruce Farquharson was incident commander and is now overseeing the incident from Operations Control.

He said: “This is shaping up to be one of the largest wildfires that the UK has seen in years.

“The conditions, including the weather, the terrain and the sheer scale of the incident have made it very challenging.

“This type of incident requires a large amount of resources, and we have called upon the resilience of our national service to tackle it.

“Additionally, we have received additional support from our partners - which includes two helicopters which have been working alongside our crews to tackle the fire in difficult to reach areas.”

Several properties close to the fire have been evacuated as a precaution and the fire has created a large smoke plume which can be seen from as far as 20 miles away.

AM Farquharson added: “We are advising people who live in the path of the smoke to keep their windows and doors closed as a precautionary measure.

“Additionally, many roads in the area remain closed and we are asking people to avoid the area for their own safety, and to allow full access for the emergency services.”

He continued: “We will remain on scene for several days yet.

“Our crews continue to work hard and in challenging conditions to contain and extinguish the fire, and they must be commended for their efforts.

“Additionally, the continued support of our partners and emergency service colleagues has been invaluable and our sincere thanks goes to them also.”