The parents of a teenager who drowned after diving into water have warned they don’t want any other family to go through their pain. 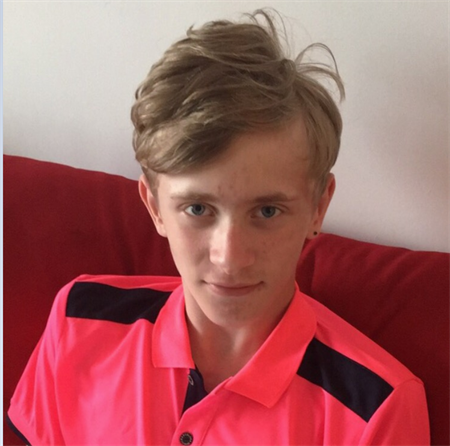 Ben Thomson, 14, sadly died after entering a reservoir and getting into difficulty at Paisley’s Gleniffer Braes Country Park.

The popular schoolboy had gone to the site to play with friends during a period of warm weather in July 2018.

His parents, Sharon and Barry, were left devastated and now want to do all in their power to help educate families and communities on the dangers of entering water unprepared.

Barry, 48, explained: “As a family we want to warn people and make them aware of the dangers involved with water.

“We want to get the message across – it can be really dangerous.

“The water may look inviting, but it’s really not. It’s not always shallow and you’ll never know what’s underneath – there can be anything down there.

“It’s not just children, it’s adults as well – especially if people have had a drink.

“Things can go wrong very quickly. Cold water shock can take you away within a split second.”

The Renfrewshire-based couple have joined the Scottish Fire and Rescue Service (SFRS) to urge communities to be aware of the threat of water.

Crews shone a light on threats like cold water shock, which can have devastating consequences for even the strongest swimmers.

Cold water shock can cause blood vessels to close, heartrate to increase and lead to a heart attack.

Speaking shortly after the first anniversary of Ben’s death, his mum Sharon explained: “If we can save one life then we’ve done something right – and will have saved another family going through what we’ve gone through.

“Water doesn’t always look that deep when you see it, but it can be very, very deep and the currents can be strong.

“There were a few boys Ben knew through football who have said they used to go into the water all the time, but they refuse to go now and they tell their friends not to go.

“It’s not until you read about it that you realise – we didn’t know about cold water shock.”

Football-mad Ben was known to family and friends as a fun-loving youngster who had an inquisitive mind.

Barry revealed: “Ben loved his PS4 and playing games like FIFA and Fortnite.

“He used to play FIFA with me and change it to the hardest settings, so I’d never win – I don’t know how he did it.

“He was very practical and loved technical at school. He wanted to be a joiner and enjoyed taking things apart and putting them back together again.”

The dad continued: “I just want to make people aware what can happen. We have quite a few bodies of water around here and people can get into them easily – there’s no lifelines, or rubber rings.

“Hopefully schools can help get the message out because education is very important.

“The sun might be beating down, but water can be freezing – no matter what the time of year. Educate your children and make them aware.”

Ross Haggart is the SFRS Director for Prevention and Protection.

He said: “Tragically, every year we see people lose their lives in and around Scotland’s waters.

“Entering the water unprepared, and without lifeguard supervision, can have truly devastating consequences.

“That’s why having people like Sharon and Barry share their story and help deliver this crucial safety message is so important.

“On behalf of everyone involved with the Scottish Fire and Rescue Service, I’d like to offer them my heartfelt sympathies for the loss of their son.

“The bravery they have shown in taking this stand and speaking out is hugely admirable and I know their words will help show others the importance of remaining safe in and around water.”

Find out more on how to remain safe around water visit