Accidental house fires continue to decline in Perthshire and Kinross

The number of accidental house fires across Perth and Kinross has continued to decrease with one of the lowest year-to-date figures recorded in the last five years. 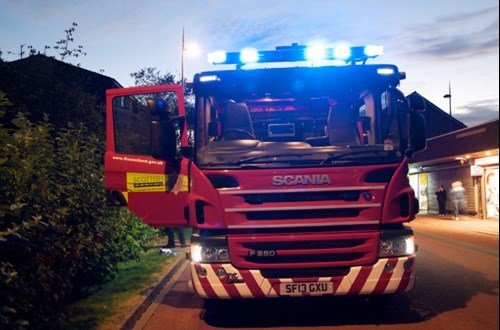 While there were no fatalities during the period, there were six non-fatal casualties taking the year-to-date total to 26 and thereby exceeding the annual target of 17 for accidental house fires.

Area Manager Gordon Pryde, SFRS Local Senior Officer, said: “The decrease in the number of accidental house fires is a result of a variety of safety initiatives delivered with our partners to help protect everyone, including the elderly and vulnerable, in our communities and reduce the risk of unintentional harm in the home.

"That’s why we encourage householders to register for a free Home Fire Safety Visit, where a member of staff will identify potential hazards, pass on important advice and install free smoke alarms to protect you.”

Another area experiencing a reduction relates to road traffic collisions attended by SFRS and in particular the number of non-fatal casualties - the year-to-date number is 28, which is the lowest for the last five years. The figure for the same period last year was 39, compared to 56 in 2017/18 and 36 in 2016/17.

Meanwhile, the number of fires in non-domestic buildings across Perth and Kinross has increased over the past quarter with 13 incidents reported. There were seven incidents of this kind in the same quarter last year and 10 in the previous quarter this year. Sadly, there was one fatality during the period concerned.

LSO Gordon Pryde commented: “We know that these fires can have tragic consequences. That’s why our staff will continue to visit sites across Perth and Kinross to reduce risks and build resilience within the business community by providing the right level of support and advice.”

During the quarter, SRFS attended a total of 557 incidents across the region. 186 of these accounted for unwanted fire alarm signals (UFAS), which is a slight increase in comparison to the same quarter last year (175 UFAS) and an increase on the 3-year average of 170.

LSO Pryde added: “Automatic fire alarms are vital in giving people the chance to evacuate safely. However, it is imperative that they are properly installed and maintained to avoid activation when there is no fire.

LSO Pryde said: “Deliberate fire setting has a devastating impact on our communities. We are committed to working with our partners, including schools and the local authority, to highlight potential consequences of this activity. We will also continue to work with Police Scotland to identify those responsible.”

To find out more about how to obtain a free Home Fire Safety Visit.