A firefighter will pay his respects at a 50th anniversary memorial service to honour seven fallen firefighters – including his grandfather.

Derek Roden is a Scottish Fire and Rescue Service (SFRS) Crew Commander at Glasgow’s Castlemilk Community Fire Station. He is also the grandson of firefighter William Hooper who lost his life while tackling a warehouse fire at Glasgow’s Kilbirnie Street in 1972. 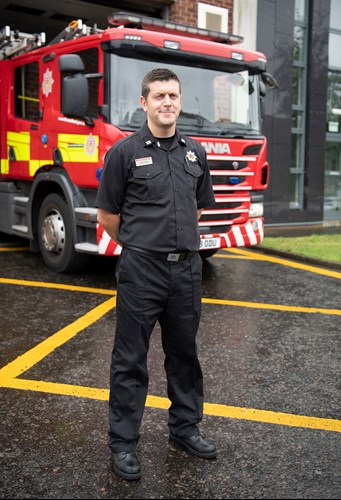 On Thursday August 25, Derek will walk down the aisle of Glasgow Cathedral and lay a firefighter’s helmet on the altar. The helmet will be a replica of the type his grandfather would have worn.

He will be joined at the service by Humza Yousaf MSP Scottish Cabinet Secretary for Health and Social Care, SFRS Interim Chief Officer Ross Haggart, SFRS Board Chair Dr Kirsty Darwent and the Lord Provost of Glasgow Jacqueline McLaren.

Derek said: “It will be a special moment and I will be proud to take on the honour to represent the family.”

While tackling the fire, as firefighters tried to exit the building, firefighter James Rook became trapped by stock that had fallen on top of him. Divisional Officer Andrew Quinn led a team of volunteers to try to find and rescue him.

Unfortunately, as the search party entered the building the fire ignited the hardwood ceilings on the first floor, causing a massive 'flashover' leading to their deaths. 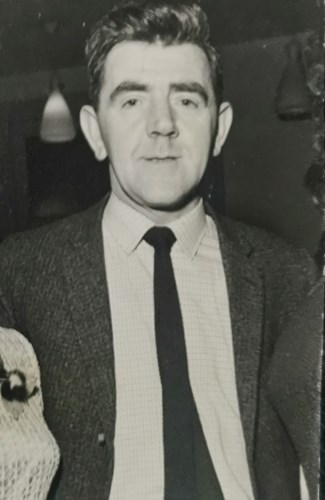 William Hooper was 43 when he died. Elaine, who is Derek’s mum, was just 18 years old when she lost her father. Derek said: “I’ve seen photos of my grandfather and I know he was a keen piano player. They used to have parties and have everyone round to their house. He was very sociable.

Firefighting runs deep in Derek’s family. As well as having a grandfather in the profession, Derek’s father, David Roden was a firefighter, as well as his uncle Matt, who was one of William Hooper’s sons, and two of his dad’s brothers, Jack and Alan Roden.

Derek followed in their footsteps when he joined the Service as a 23-year-old. He said: “It was a way of life and a close community.”

When Derek places the firefighter’s helmet on the altar at Glasgow Cathedral, he will be paying his respects not only to his grandfather William Hooper, but to all the men who were lost that day at Kilbirnie Street.

SFRS Interim Chief Officer Haggart said: “As we reach this 50th anniversary of the Kilbirnie Street tragedy, our thoughts remain very firmly with the families who lost their loved ones. These seven firefighters made the ultimate sacrifice as they worked to protect their community.

“The sacrifice made by these incredibly brave firefighters at the Kilbirnie Street fire will never be forgotten. Their spirit lives on in each and every one of our firefighters today who approach their role with that same commitment and unwavering dedication to save lives and protect communities.” 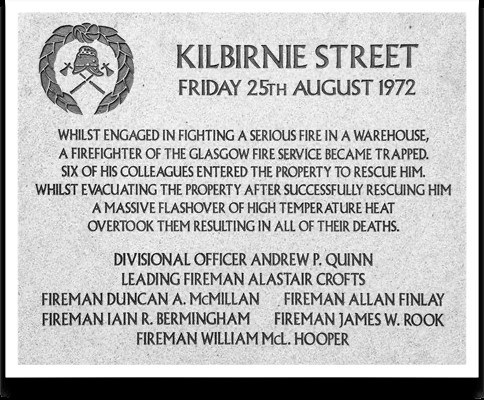 The service will be live streamed