A Scottish Fire and Rescue Service employee has told how receiving a panicked call from his daughter informing him his shed was on fire reaffirmed his pride in working for Scotland's fire and rescue service. 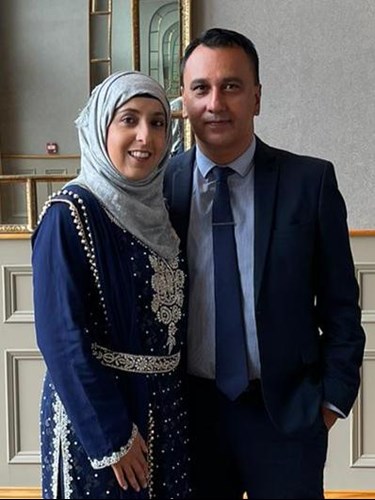 Ijaz Bashir works as a manager in the SFRS Asset Management team. His role sees him help to overview the Service's fleet of fire engines, equipment and buildings and ensure they are all fit for purpose.

Not long after joining the SFRS in April, Ijaz took a call while at work which he admits to originally thinking was a prank.

However, it didn't take long for Ijaz to detect the panic in his daughter's voice and realise she was telling the truth - the family's garden shed was really on fire.

While the shed and the items inside were destroyed, firefighters prevented any fire-spread to the family home and Ijaz and his family were all unharmed.

Seeing the work of firefighters up close and personal gave Ijaz a renewed sense of pride in his role.

He reflected: "The operational crews saved the day.

"My kids noticed something was wrong when they looked outside and thought it was snowing...it was the ash falling.

"But the firefighters were fantastic and were really professional. They calmed everything down and were very reassuring.

"My family and I could not be prouder of where I work - it's been fantastic."

Being a leader within the SFRS is an aspect of Ijaz's role which fills him with immense pride. 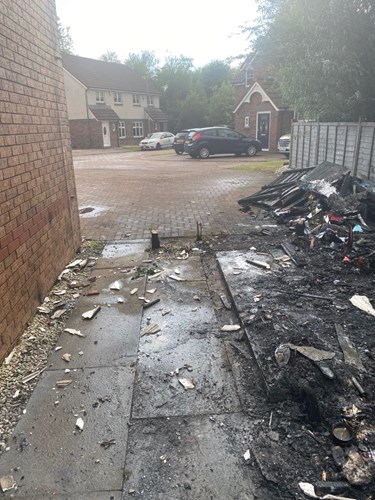 Showing others from underrepresented groups that they can become leaders too is something Ijaz is passionate about.

He said: "I am immensely proud to work for the Asset Management department within the SFRS.

"I've been asked to lead on a number of key strategy documents across the department and this is a responsibility I am honoured and excited to be able to deliver. I firmly believe that this work will be of considerable benefit to the organisation.

"The challenge of developing and leading a new Asset Governance and Performance section is also a task that I am enjoying."

Ijaz believes it to be very important for people of all genders, backgrounds and creeds to know that there are career opportunities for them with Scotland's fire and rescue service.

The SFRS is working to reach out to people across Scotland to show that being part of an underrepresented societal group is not a barrier to employment.

He said: "It would be good to see more people from the BAME community in senior roles - society isn't representative at the moment.

"I'm used to it, but it's particularly important for the next generation, my kid's generation.

"We need to have aspirational role models for people to look up to.

"My time here has been fantastic and I know my family are proud of the job I do."

A recruitment event for people from ethnic minority groups is being held on Saturday, January 29 between 10am and 12pm. You can book your place at the event here https://t.co/aNmQ39ppB4

The SFRS is currently recruiting for a number of roles - both operational and non-operational. Visit here for all current opportunities https://bit.ly/3GxmQbk