Efforts to help over 300 members of the armed forces to start a new career with the Scottish Fire and Rescue Service have been recognised at an awards ceremony.

The Service has been presented with the Silver Award as part of the Defence Employer Recognition Scheme.

The Scottish Fire and Rescue Service (SFRS) signed up to the Armed Forces Covenant in 2014 to ensure individuals are fairly represented in the organisation.

Watch Commander Willie Stoops is the SFRS Veterans Coordinator. He said: “It is a great honour to receive the Silver Award. We are proud of our pledge to help members of the armed forces community. We will continue to work together to ensure they are recognised fairly within our Service.”

As part of the Armed Forces Covenant, SFRS proactively demonstrates that individuals are not unfairly disadvantaged during the recruitment and selection process.

Liz Barnes said: “As a large employer, we recognise that members of the armed forces have a place in our organisation. We want to identify and remove any perceived barriers and issues to the employment, retention and progression of people from underrepresented groups within our workforce, whilst continuing to employ people based on the standards required for the role. As a service, we are dedicated to improving the support provided to the Armed Forces community and developing it in the future.” 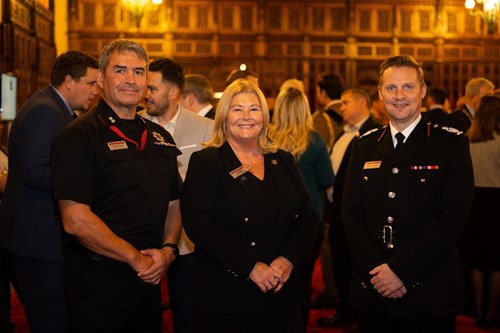